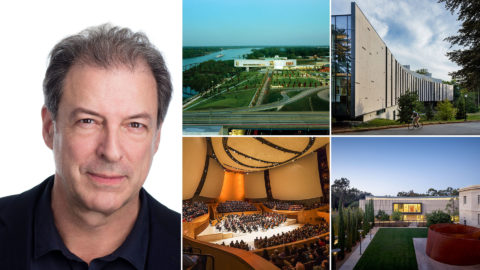 Ennead Design Partner, Richard Olcott, has been inducted into the National Academy of Design, an honor conferred annually to distinguished practitioners in the arts and architecture. Elected by peers, National Academicians are leaders in their fields and serve as ambassadors for the arts in America.

Olcott’s work is grounded in the power of architecture as an interpretive medium, one that can communicate the complexities of contemporary society and create a lasting cultural impact. He is interested in how architecture can reinvent itself within the existing urban condition through absorption, addition and transformation. Eschewing a formulaic language, he creates buildings that are at once expressive of their missions and rooted in their uniquely specific contexts. Some of his notable projects include: Bing Concert Hall at Stanford University; the Anderson Collection at Stanford University, Yale University Art Gallery Renovation and Expansion, Zankel Hall at Carnegie Hall; the New York Times Printing Plant; WGBH Headquarters in Boston; and the William J. Clinton Presidential Center.